After a short hiatus and just in time for Fourth of July weekend, the renowned CAFC River Cruise aboard Chicago’s First Lady is back beginning on Friday, July 3! This Chicago sightseeing cruise is the perfect way to kickstart summer and rediscover your city, while safely enjoying the outdoors. It’s especially ideal for photographers and locals alike who are hoping to get inspired by seeing parts of the city that they may not have noticed before, which is why we’ve decided to feature photos taken by just a few of our local photographers! Don’t miss these stops along the way of the tour.

COVID-19 Statement: We are committed to taking the proper precautions to ensure the safety and wellbeing of our guests and team including ensuring that our boats are cleaned and sanitized throughout the day and service. We also have restrooms on board each vessel with running water and plenty of soap. We continue to follow the recommendations of public health officials and are monitoring the evolving situation. Click here to learn more about our enhanced protocols.

What would the Chicago Loop be without seeing the Willis Tower? Formerly known as the Sears Tower, Willis Tower is 110 stories tall and it held the title of the Tallest Building in the World for nearly 25 years. Today, the building is home to a variety of corporations and businesses, and there is also a skydeck located on the 103rd floor. This skydeck is one of Chicago’s top tourist attractions, as visitors can experience firsthand how the building sways in the wind while enjoying views extending for miles. It’s hard to miss this building that sticks out in the stunning Chicago skyline. 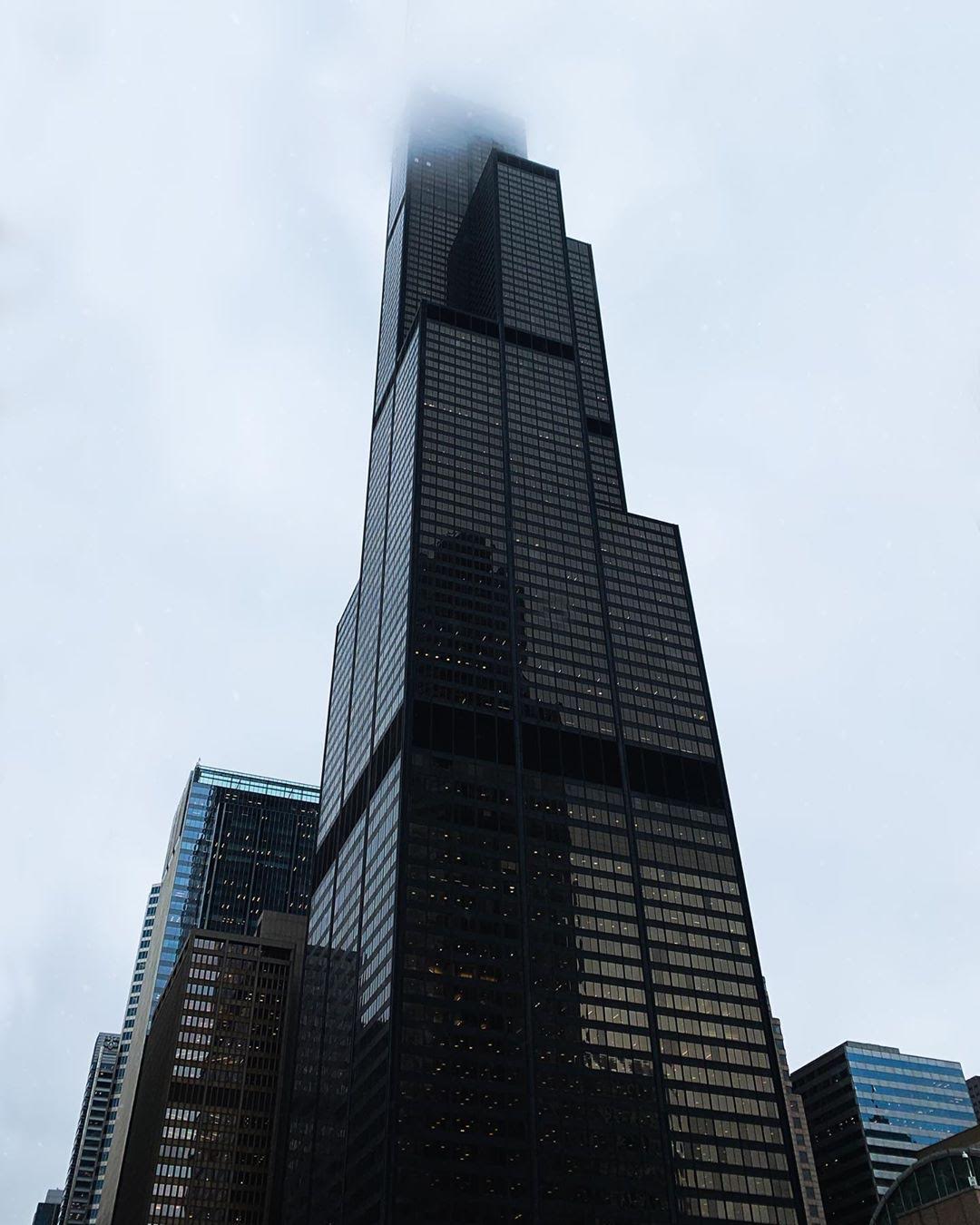 Another iconic part of the Chicago skyline is Merchandise Mart. When it opened in 1930, it was the largest building in the world boasting over 4 million square feet of floor space. In fact, it is so large that it even had its own zip code at one point! Today, it is home to businesses, vendors and restaurants in addition to being one of the most popular Chicago Transit Authority stops. 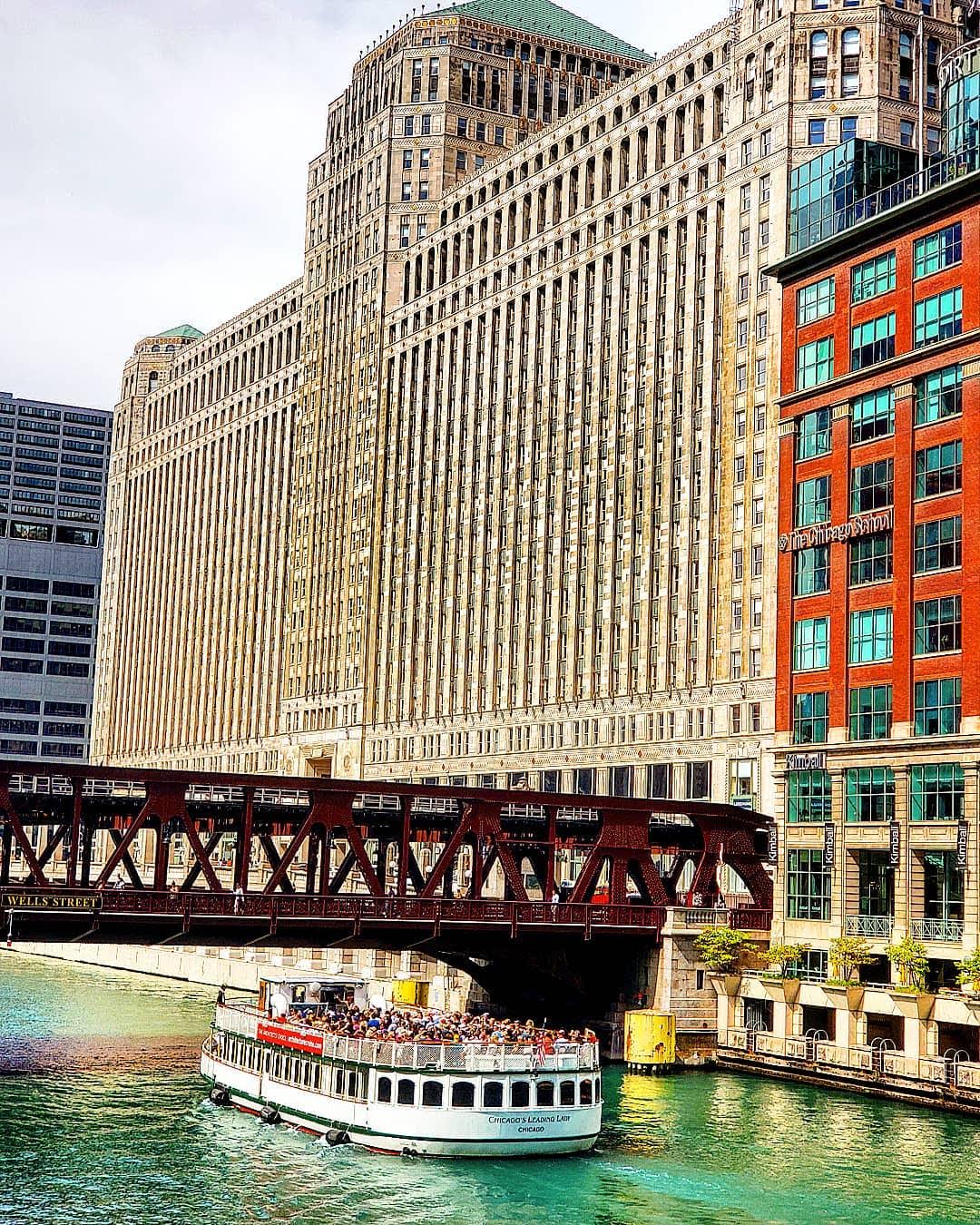 Our Chicago sightseeing cruise also offers views of the DuSable Bridge, formerly known as the Michigan Avenue Bridge. It’s a bascule bridge that extends the famous Michigan Avenue across the main portion of the Chicago Loop. It was built in the 20th century to help connect Chicago’s south and north sides. It has two levels for both pedestrians and cars to pass, and it can be raised to let boats and ships pass underneath. 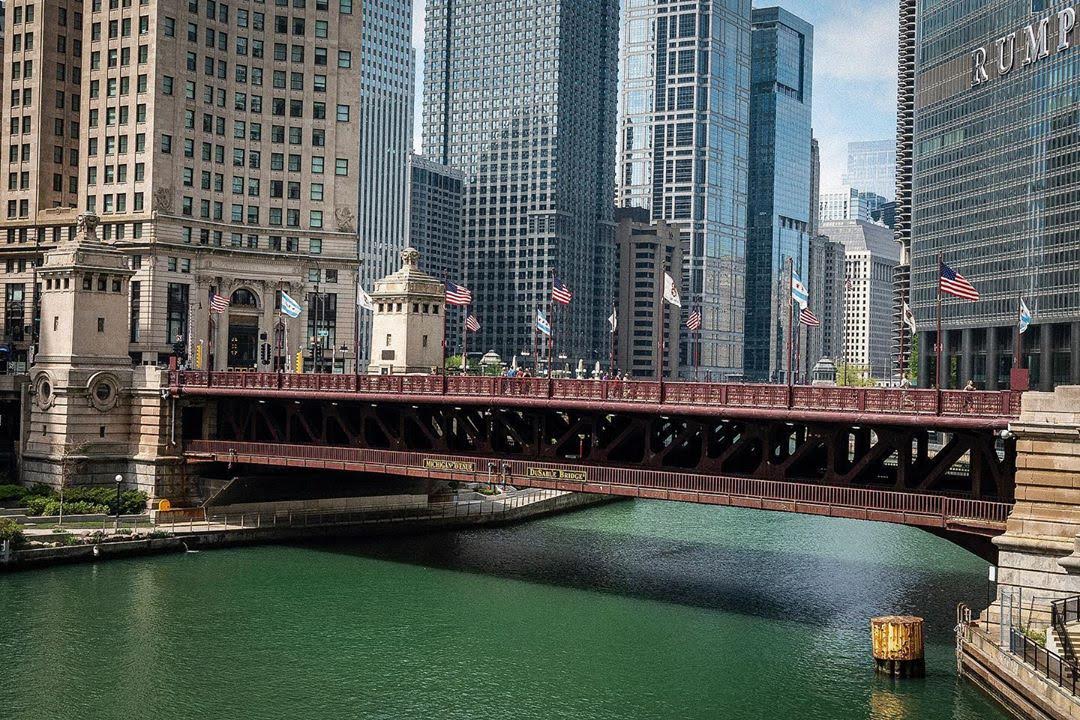 The riverwalk tour wouldn’t be complete without a variety of bridges, and the Kinzie Street Railway Bridge is another example to add to the docket. It’s a single-leaf bascule bridge that extends across the north branch of the Chicago River. When it opened in 1908, it was the world’s longest and heaviest bascule bridge. 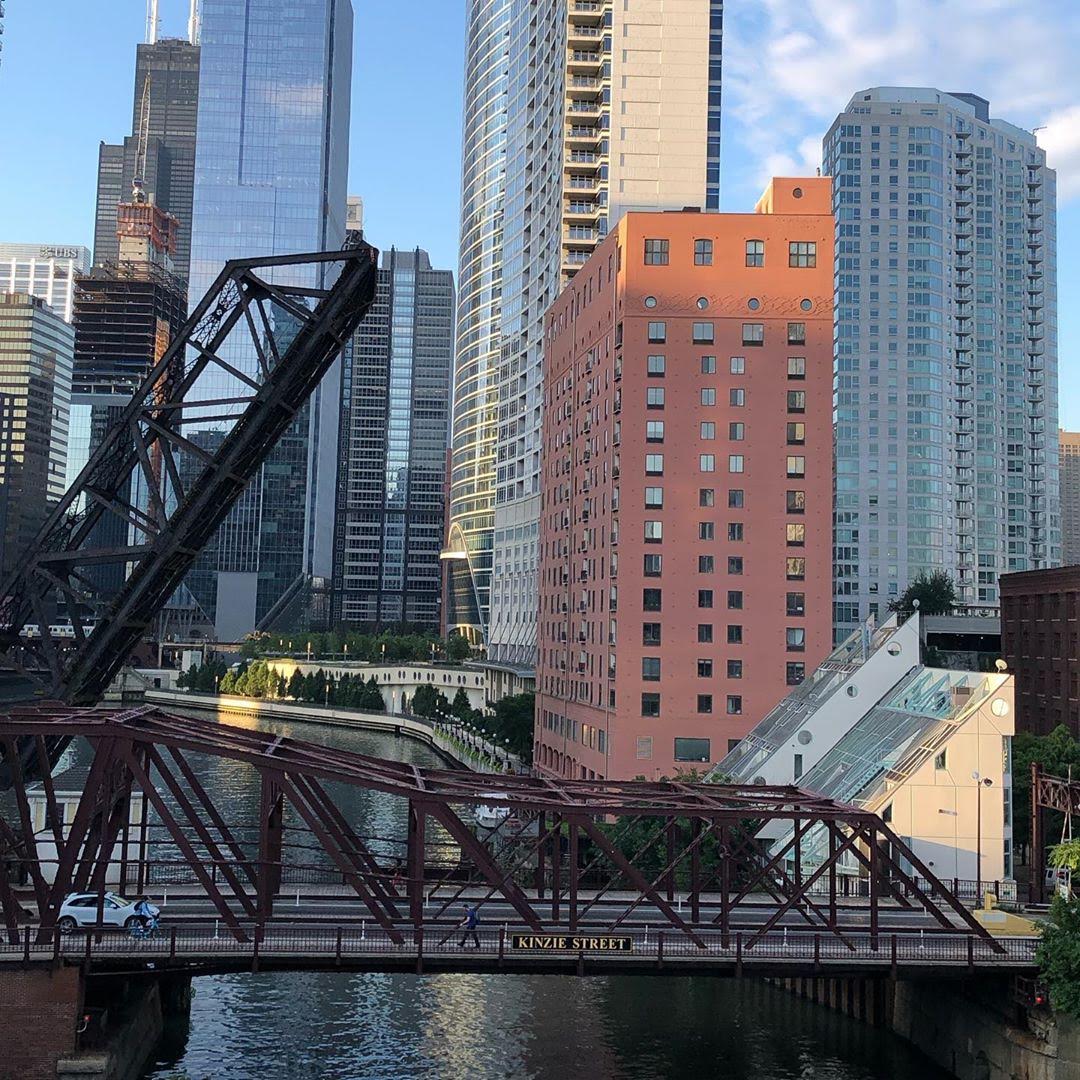 The Harry Weese River Cottages is a display of architect Harry Weese’s nautical work and attention to detail. Weese had a vision for riverfront living that he brought to fruition on both Canal and Kinzie Street. Weese thrived on making compact spaces livable and wanted to make buildings that weren’t only comfortable, but livable for generations to come. If you were hoping to get your hands on one of these cottages yourself, however, you’re out of luck, as the most recent cottage sold for $2.25 million in 2015. 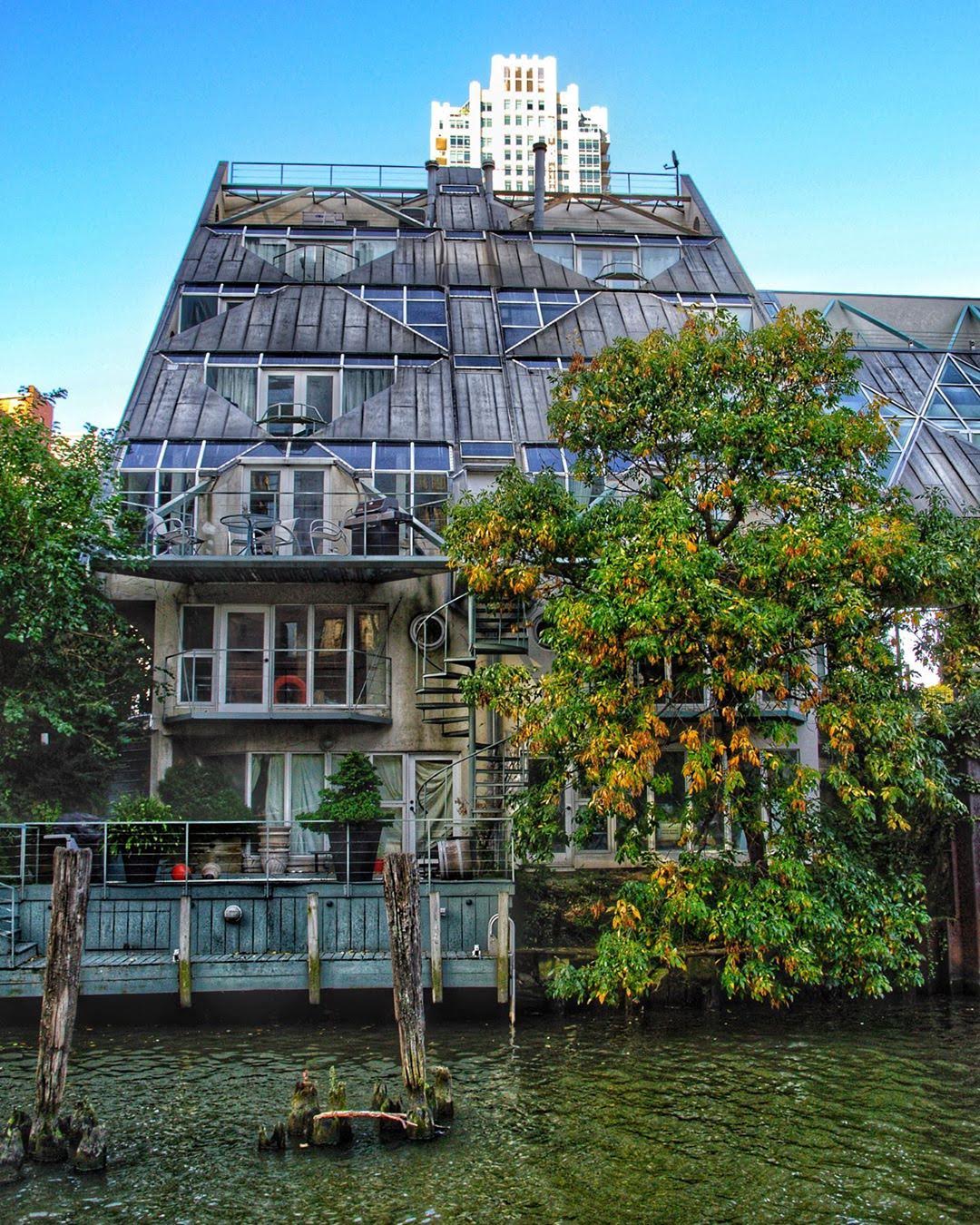 When architect Bertrand Goldberg envisioned Marina City, it was an urban experiment designed to draw middle-class Chicagoans back to the city after more than a decade of suburban migration. By creating a city within a city, Goldberg hoped the convenience of living and playing close to work would help make Marina City a success. After all, the mixed-use development was so much more than just those two “corncob towers.” When completed in 1967, it included two residential towers, plus an office building, a theater, parking for your car or boat and plenty of retail space.

After our hiatus, one thing is more clear than ever: our love and passion for sharing this unforgettable city runs deep, and we can’t wait for you to join us this summer! Learn about these landmarks and many more when you opt for our Chicago sightseeing tour, which is rated the #1 boat tour in Chicago! Locals and visitors alike will learn something new about the great city of Chicago, so our team at Chicago’s First Lady looks forward to having you aboard. Even if you’re not a professional photographer, you’ll surely capture some memorable moments. Make sure to purchase your tickets now!