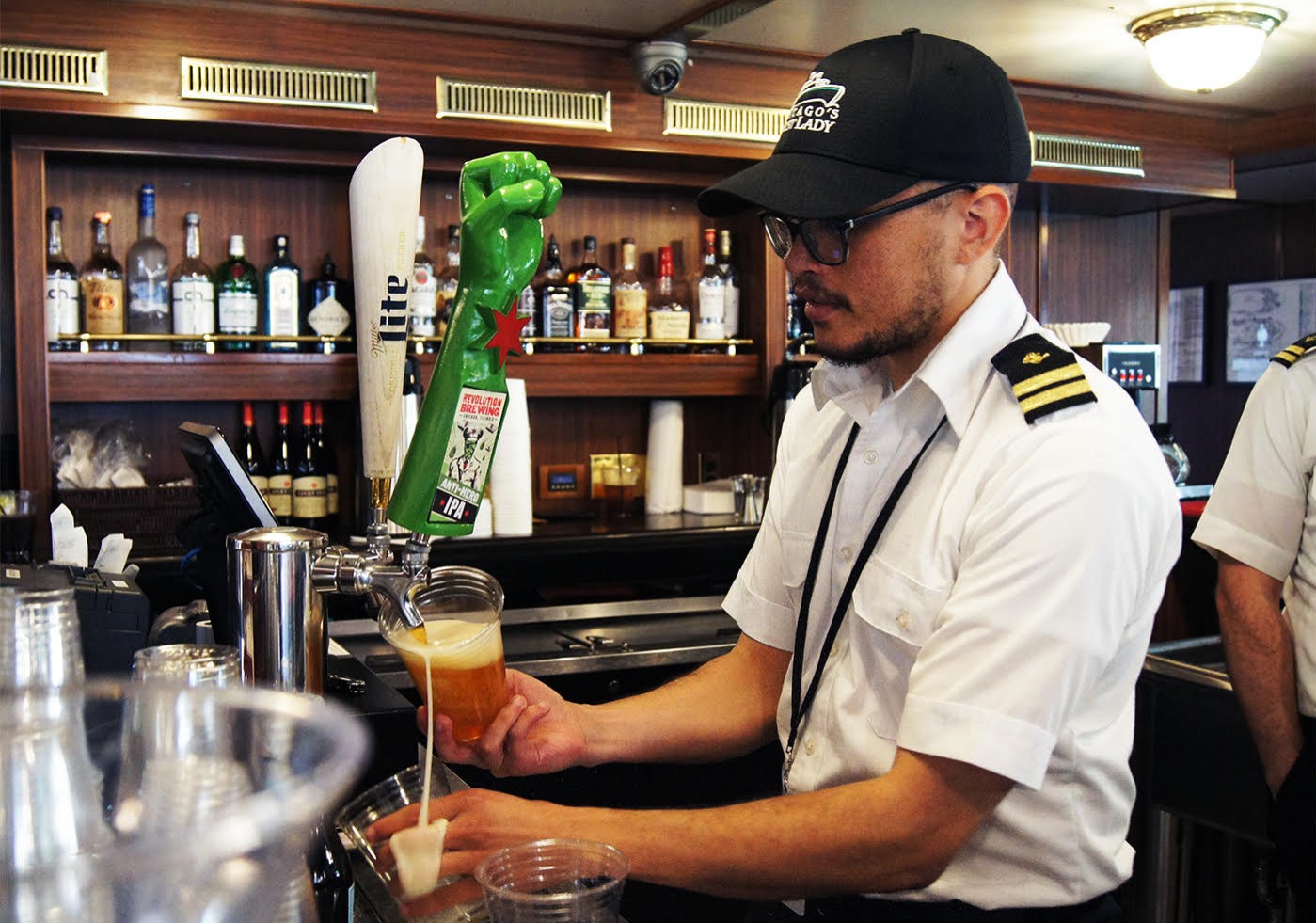 When Jordan Dingle isn’t bartending river cruises, he’s playing bass, guitar, keys or backup vocal gigs all over the city! Later, he might sip a Whiskey on the rocks while discussing his study abroad experience in Ho Chi Minh City, Vietnam. Read on for more of his bustling life!

1. Tell us about your most interesting job.

I am a working musician in Chicago in addition to bartending, so I've had some interesting experiences around the city. I had one show that took place on the 99th floor of the Willis Tower! It was completely surreal to play music while seeing the entire skyline of the city as the backdrop.

2. What is your favorite drink?

Basil Hayden Two by Two Rye Whiskey on the rocks!

3. What has been your most interesting guest interaction?

On the Mercury tour, I ran into a couple from Vietnam that currently live around the corner from where I lived when studying in Ho Chi Minh City. It’s rare to see tourists from Vietnam so it was a pleasant surprise to meet someone who not only is from Ho Chi Minh City, but the same block I lived on! 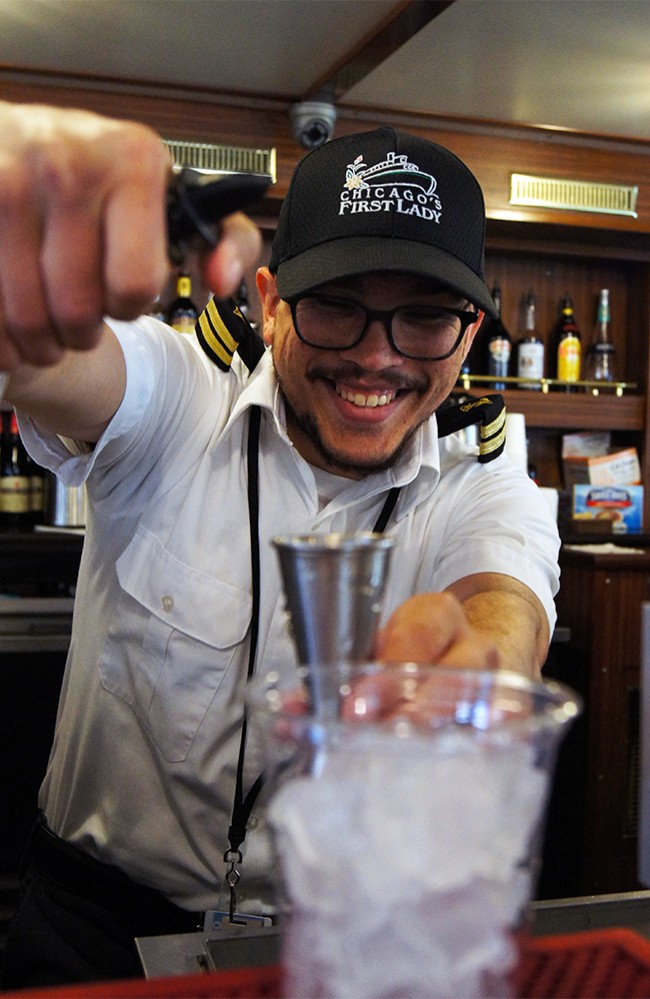 4. What's something in Chicago that is a "hidden gem" of yours?

Yoli's Tacos in Humboldt Park is one of my favorite places to get Al Pastor tacos! It’s quiet and always delicious!

5. What is the most adventurous thing you've ever done?

I had the opportunity to eat rat (Raised on a farm, NOT wild) while in Vietnam. It was intimidating at first, but it actually tasted pretty good! Probably wouldn't do it again though.

6. Tell us more about being a musician.

I play bass, guitar, keys and backup vocals for a lot of artists around Chicago. I typically play soul, hip-hop and R&B, but I will occasionally play a jazz gig. It’s a very time-consuming profession but, it’s a lot of fun and nothing beats the rush of performing music in front of a good crowd!

7. If you had to eat just one meal for the rest of your life, what would it be?

Pho (Vietnamese Rice Noodle Soup), I could eat it three meals a day and still not be tired of it!

8. What is something that people are surprised to learn about you?

People are usually surprised to learn that I have been to over 30 countries.

9. Are there any projects, clubs or organizations that you're a part of outside of the cruises?

In addition to the bands and other projects I am a part of, I have my own musical project under the moniker BlackFinn. You can find my music on Spotify, Apple Music and TIDAL! Also check out Oliv Blu, Johari Noelle and Jordanna to see some of the other stuff I am involved with!